How to Fix the "Parse Error: Syntax Error Unexpected" In WordPress 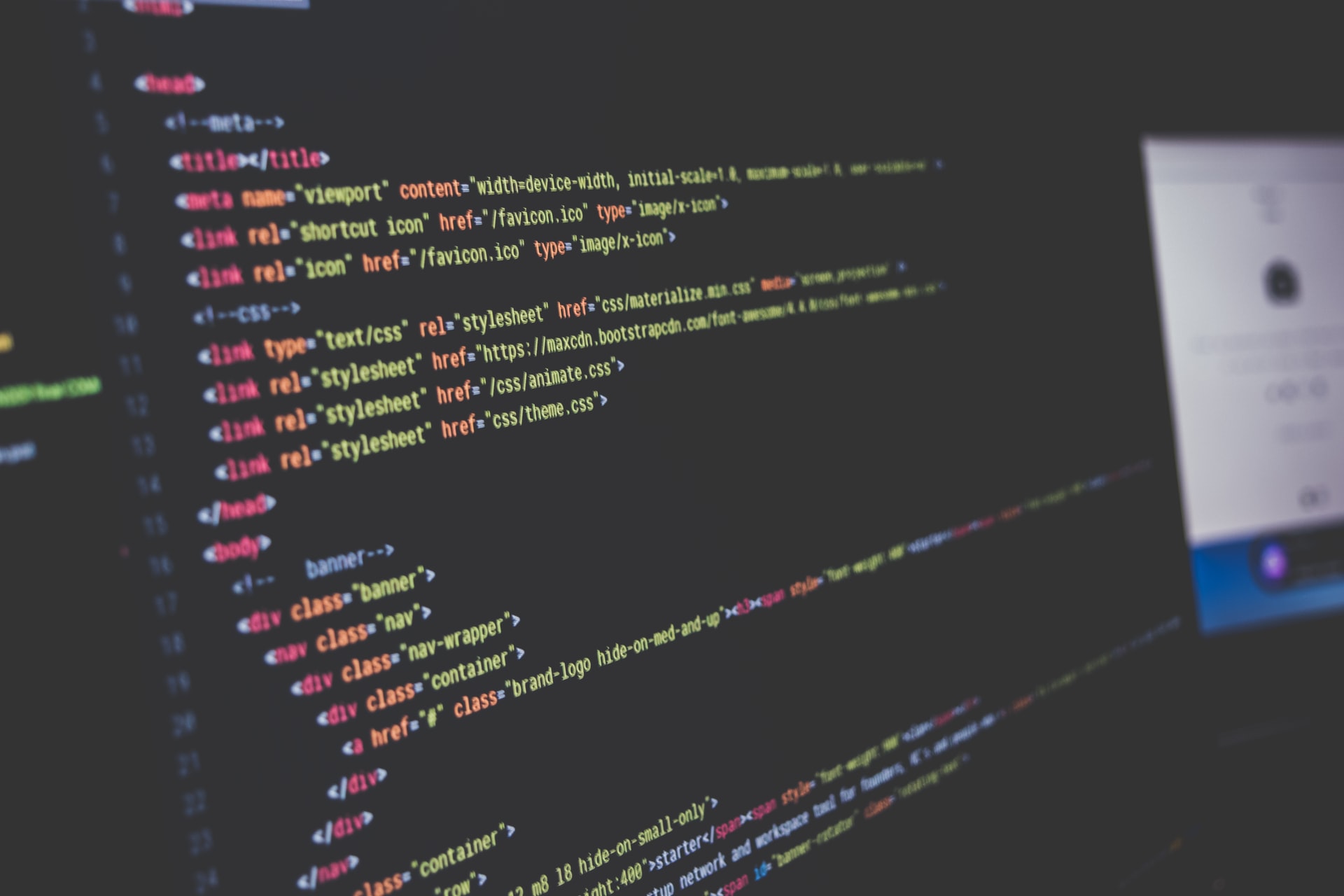 How to Fix the “Parse Error: Syntax Error Unexpected” In WordPress

Have you experienced exploring on WordPress site, then the following errors suddenly generated?

Having these syntax errors denies access to your website and brings a lot of inconveniences. The ‘parse error syntax error unexpected’ may intimidate you, and that's completely understandable, but, debugging these errors is not too complicated. Fortunately, the error message indicates which part of the code causes the issue which makes it easier to fix. Thus, this article will enumerate ways to fix the syntax error and restore your website’s function.

What Is A Syntax Error?

By definition, syntax is an arrangement of elements such as words or a set of rules that determine the form of a structure. Thus, if there’s an element in your code that is not part of the syntax like an extra comma or if it’s missing an element that is supposed to be in the code like a missing bracket, the compiler will not be able to parse or process the file, and most likely to generate an error.

A syntax error appears when the ‘syntax’ of the rules are not followed correctly. It happens when the written code is not correct. For instance, there’s a missing semicolon, a misspelled word, or an additional bracket. Mistakes as simple as these can make the system lost in translation, but on the brighter side, these errors indicate where the issue comes from and how to solve it. For those who run multiple WordPress websites, you can monitor user activities in the WordPress dashboard to locate which user activity caused the error.

Also, keep in mind that WordPress websites may experience such issues without sending any notification to the user. To make yourself aware of any errors generated in your WordPress site, make sure that your WordPress error debug is always enabled.

The word ‘number’ refers to the line number written in nominal form like 25 or 1345 for instance. The ‘file’ tells you where the issue persists, the ‘line number’ hints you where the error is located, while the ‘character’ or the ‘constant string’ provides a clue on what to find exactly around the stated line number. Unexpected parse errors may also list a string instead of a character.

What Causes the PHP Parse or Syntax Errors In WordPress? 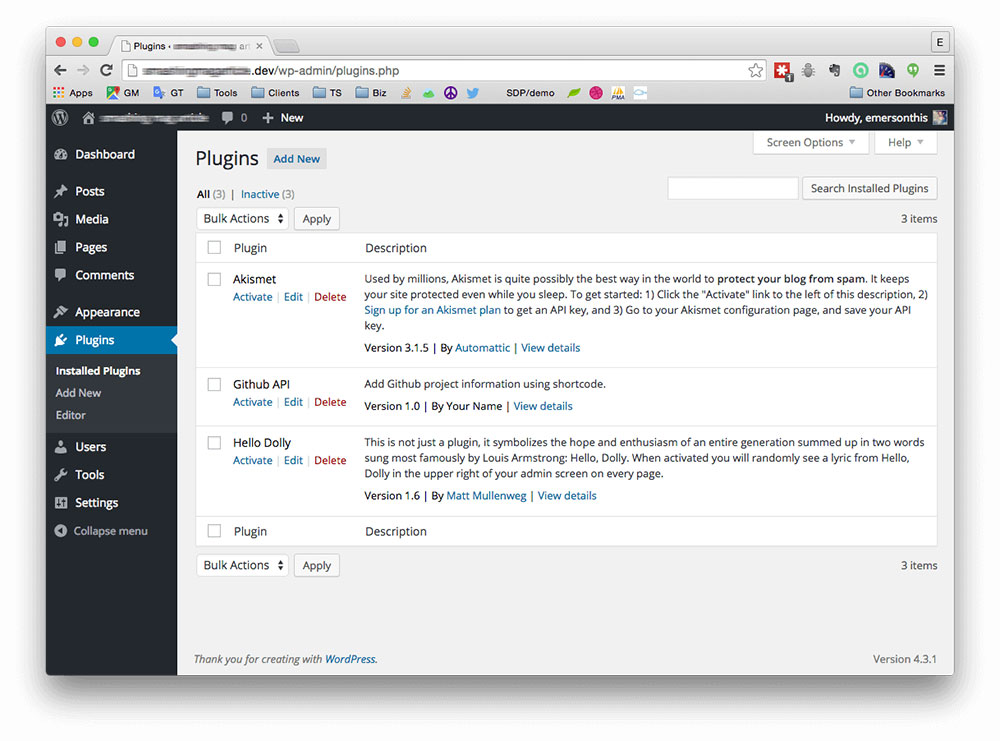 The cause of a syntax error varies depending on the changes applied to the files. These changes help you trace the source of the error, and give you a lead on how to solve it. You can also hire services like WP Buffs to help you resolve and avoid these issues as well.

If a syntax error appears after installing a plugin or theme in the WordPress site, then the newly installed plugin or theme is most probably the cause of the error. The best way to solve it is to remove the recently added plugins by disabling them.

The WordPress site is also likely to generate an error after a code edit. A mistake as simple as a missing comma is enough to disrupt the function of a website. This renders the admin dashboard inaccessible, and to have an access to the site files, you may use a File Transfer Protocol or FTP client to make an edit.

How to Find Parse Error in WordPress? 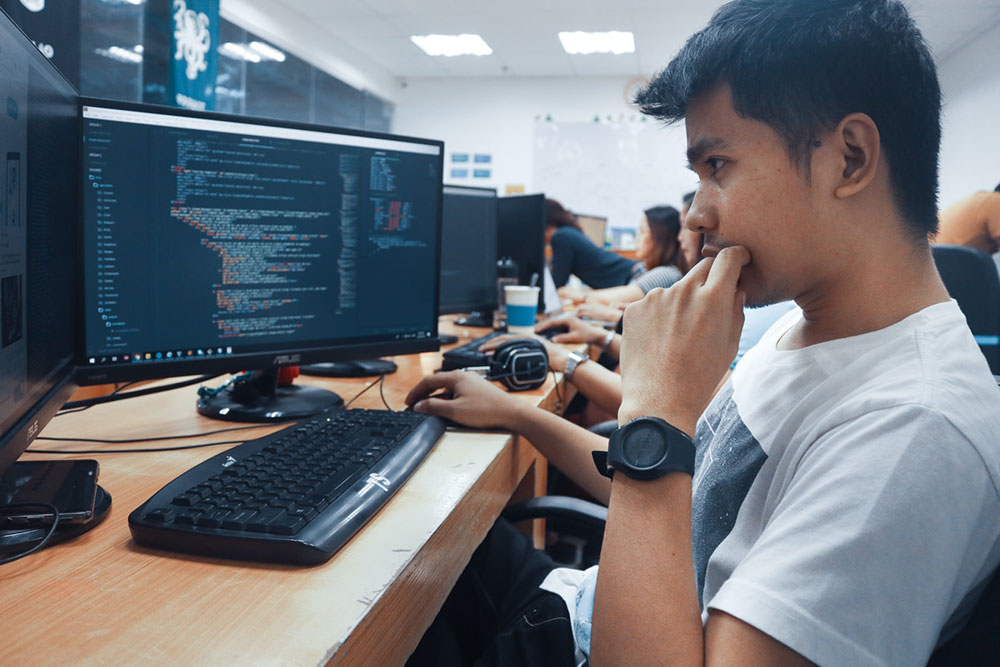 The initial step to fixing a syntax error is to locate its source. This means finding out the particular file that contains the code with the error. Remember, when an error occurs, your website becomes inaccessible, and the worst thing that could happen would be not being able to locate the file in any way. So, in such difficult situations, a backup restore and re-installation of plugins or themes are the two possible options.

A parse error: syntax error, unexpected appears when the PHP interpreter detects a missing element. Most of the time, it is caused by a missing curly bracket “}”. To solve this, it will require you to scan the entire file to find the source of the error. This type of error is one of the hardest to locate because in some cases, the error is not exactly found along the line number indicated in the error message. One good way to avoid such issues is to run several tests to check the script during the programming phase. 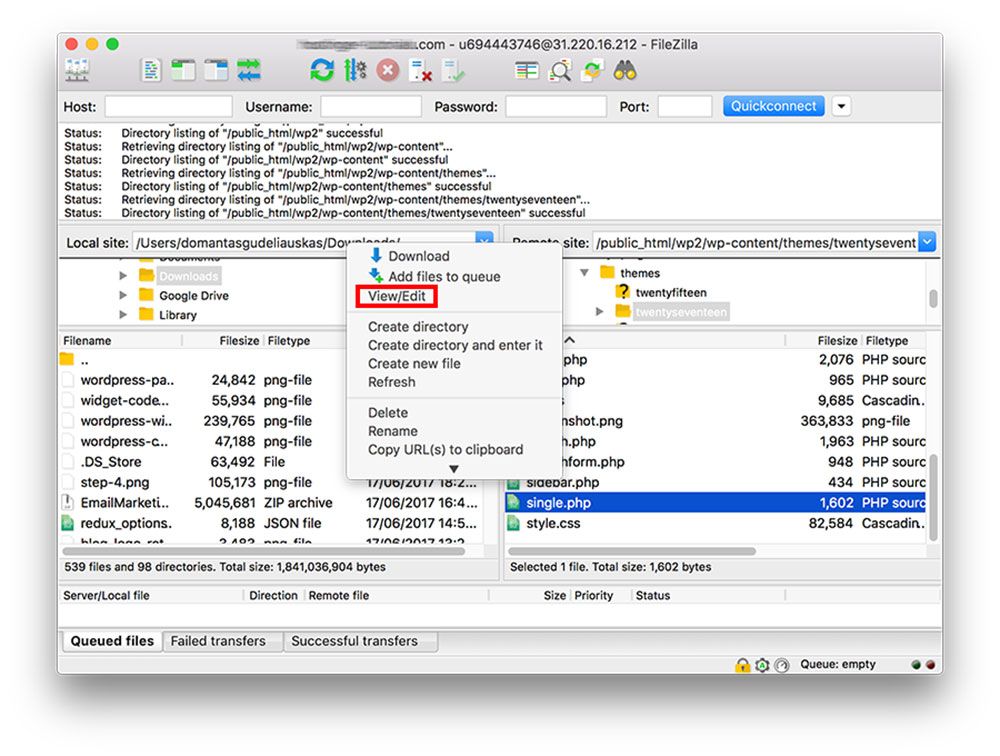 Fixing the syntax error involves code editing because it will require you to either delete or fix the syntax. A syntax error makes the entire WordPress site inaccessible, and in some cases, it locks the user out of the WordPress admin dashboard if the code or a snippet was pasted from a website into the WordPress site. This is often dreadful, especially for beginners in WordPress. In cases such as this, the best option would be to use an FTP program.

To access the latest edited file, you must install an FTP program and connect it to your WordPress site afterward. After connecting your website to the FTP program, go to the corrupted file or the theme file that needs to be edited. You may refer to the error code in case you forget which file and line number you’re supposed to edit.

Find the recent changes that you applied to that file. You may start by looking for missing elements such as comma, semi-colon, a closing bracket, and more. If you still can’t locate the error in the faulty line of code, you may check if it has only one opening () in a single document, look for any code inserted between functions because it is most likely to be broken and check if the code has a semicolon at the end of every line.

It is important to always check the syntax, and make sure that the elements such as the quotation marks are in a proper format. Always remember that quotation marks should never be italic. Also, you should check if the parentheses are balanced, meaning every opening parenthesis should have its closing parenthesis.

If you find this difficult, you may also remove the entire code that was recently added. After removing or editing the code, you may now save the file and upload it back to the server. Go to your WordPress site, and reload the page. Your site shall be working now.

I'm interrupting the article to tell you about BeTheme, the definitive multipurpose theme. If trying to satisfy multiple clients has become more stressful than rewarding, BeTheme is the solution for that. 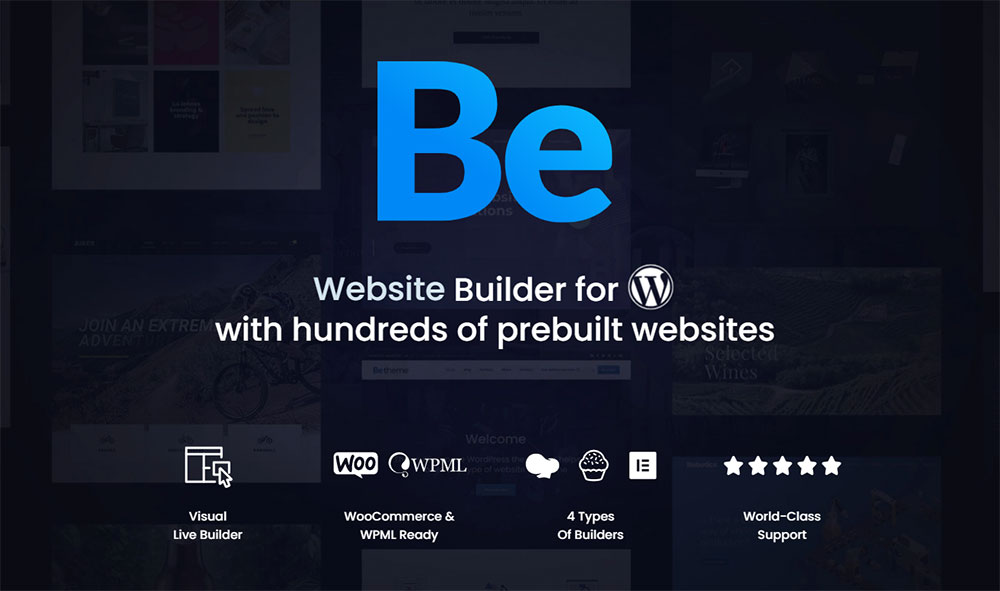 BeTheme’s selection of hundreds of customizable, responsive pre-built websites is the highlight and a proven stress reducer.

The customizability of the theme makes it a dream come true for its users. There are 4 types of Page Builders that you can use with it: WPBakery, BeBuilder, and Elementor among them.

And now with the Live Builder, it’s even more impressive.

Check out BeTheme and see why our users love it!

The rest of the article is down below.

In some cases, a corrupted core file in WordPress can also give rise to similar errors on the website. To solve this, you may simply replace the core files in WordPress.

Another tip is to always keep a backup of the latest core files to reduce the chances of losing changes applied to the site. A backup restore will make your website revert to its previous version.

To replace the core file in WordPress, you must replace every element except wp-config, .htaccess, and wp-content because replacing any of those elements will affect the details which might result in data loss. 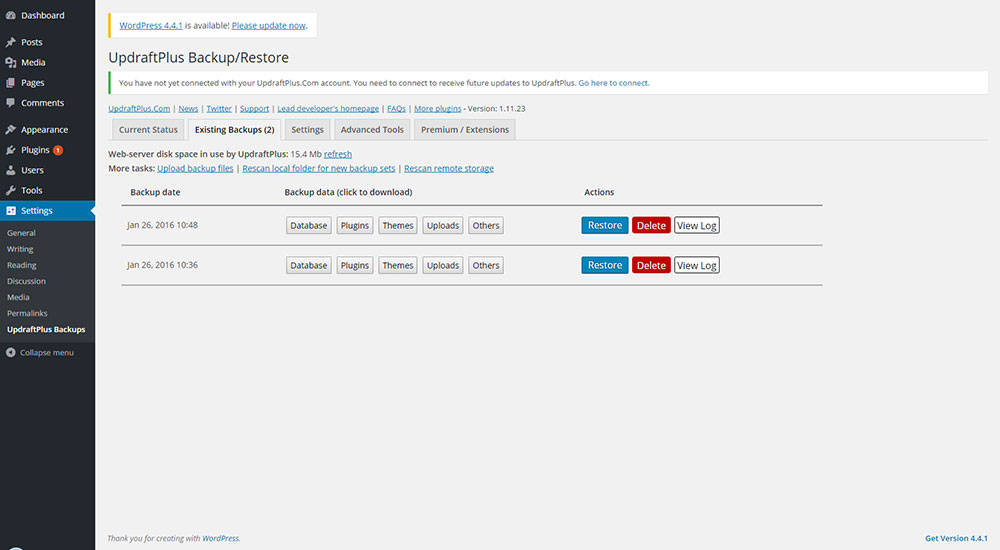 If you still encounter an error after fixing the code, you may consider doing a backup restore to bring the website back to its previous function. A restore overwrites the recent changes applied to the files, which help solve the error. The process for restoring varies according to the software tools used for backup. Depending on the syntax error, you may do a file restore rather than restoring the whole account. The error log indicates which file needs to be restored.

The Error Is Not Going Away? Disable Plugins and Themes

If an error occurs after activating a plugin or changing a theme, then that is most probably the cause of the error. Thus, the simplest way is to disable all plugins and themes.

How Do We Avoid Syntax Errors? 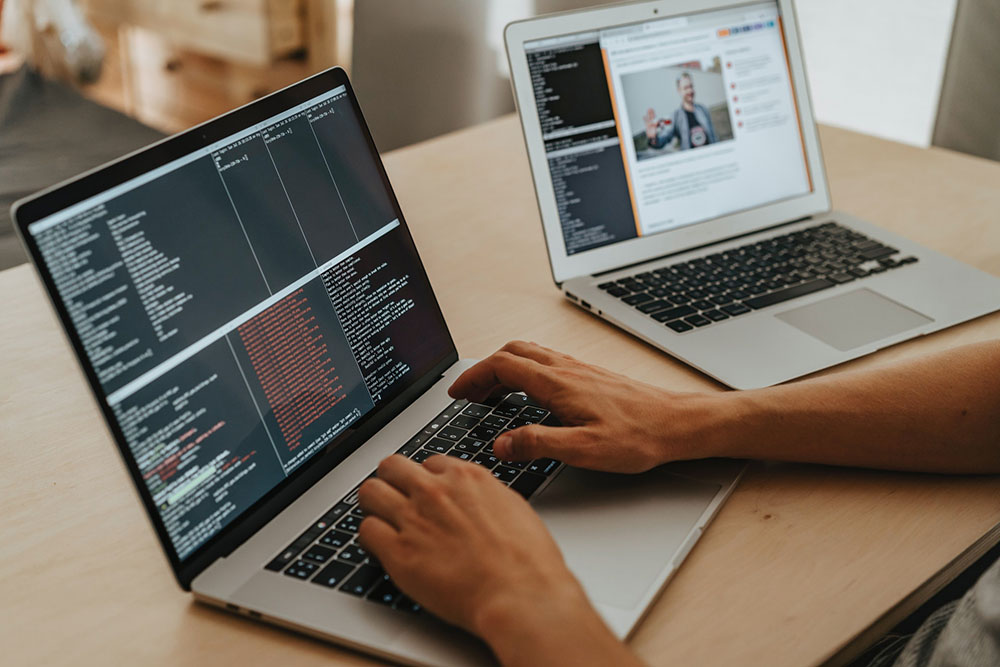 Lastly, be reminded always that an ounce of prevention is worth a pound of cure. This means to always be cautious and keep avoiding errors in mind when editing files in your WordPress site. Regardless of your familiarity with PHP, make sure to always validate your code after making any changes.

Also, run your code through a validator before executing it. Validators are tools that search for syntax errors and they prove to be useful when applying changes to your WordPress site. You may use free validators like PHP COde Checker, PHP Code Syntax Check, and W3 Markup Validation Service.

Running through a syntax error is the last thing you would like to encounter in your WordPress site. Most people get anxious when an error occurs because it seems too complicated for them to handle. Don’t let those terms intimidate you, because fixing syntax errors is quite easy.

This article has provided you with methods that you can use to fix errors. You may edit the code, replace the corrupt core file, or disable some plugins or themes. These options keep you from getting lost when an error is generated. Consider these methods as your first aid to syntax errors, and always remember to keep your WordPress error debug on to notify you of any errors in your WordPress site.

If you enjoyed reading this article on how to fix the parse error syntax error unexpected, you should check out this one about how to fix the currently unable to handle this request error.

We also wrote about a few related subjects like WordPress failed to import media, how to fix the WordPress parse error, WordPress missed schedule, fixing sorry, this file type is not permitted for security reasons, how to fix the link you followed has expired, how to fix an error occurred while processing this directive and Why WordPress is the Best Platform To Build Your Business or Startup Website.

Elementor vs Beaver Builder vs BeBuilder: Which is better?

Elementor vs wpBakery vs BeBuilder: The one you should use

The Best Elementor Alternatives You Should Try