The best political campaign websites to use as inspiration

The best political campaign websites to use as inspiration

Weebly vs WordPress: What to Use for an Online Shop

Fixed: this page is trying to load scripts from unauthenticated sources

Currently, we are witnessing some interesting election campaigns during the British general elections. 2019 has not been a year of many elections, but there have still been several minor campaigns for special elections and governor races.

One of the first and most important things that all candidates do before elections is to build campaign websites, and there have certainly been some interesting websites this year. The importance of having a good website is substantial, and could be a deal-breaker for some people. It often acts as the first impression of the candidate, so it must be constructed to impress voters.

A good campaign website should be simple but informative, intuitive to use, but sophisticated at the same time. It should not come across as something that was done in a rush, but should not be overly complicated or cluttered. It should work as quickly as possible. Many politicians stick to campaign websites, while some are more inclined to promote themselves on social media and other similar platforms.

By the way, if you want to create a website like the ones presented here, you should check our article with political WordPress themes. There are quite a few in there, including our own. 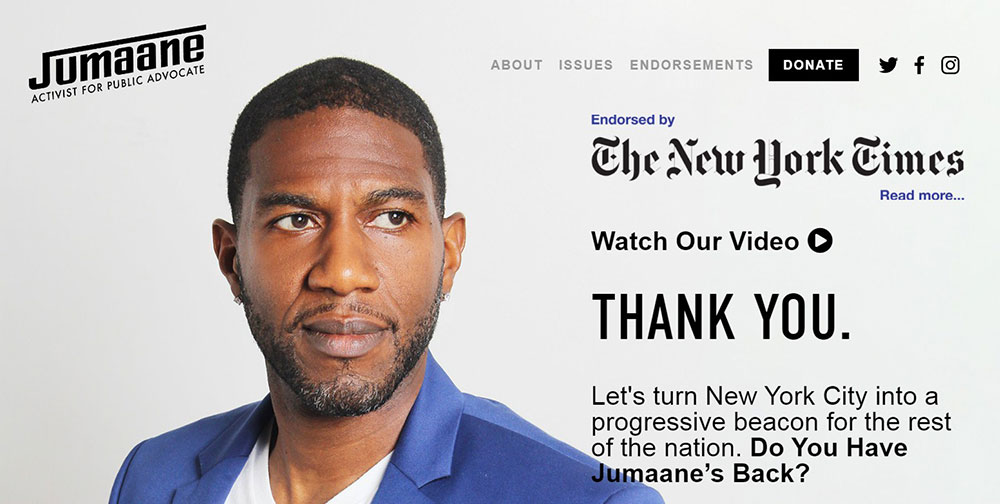 This is the website for a political candidate that ran in a special election in April 2019 in the election for the Public Advocate. This is a high position, which is why some contestants have put a lot of effort and money into it.

The result is this campaign website by one of the candidates, Jumaane Williams. He wanted to stand out with this website, and he managed to do that. It is a modern website with a sleek design, and it demonstrates what Jumaane stands for. It also features a good call-to-action button, which lets users interact with the site.

Bernie Sanders and his team managed to construct one of the best campaign websites during his general election campaign. It has established itself as one of the strongest websites on the internet for a political figure.

It achieved first place in backlinks, referring domains, indexed pages, and more than 1.4 million unique users. It is fair to say that this website was a success.

Unfortunately for the Vermont senator, it was not enough to convince a majority. However, we can still respect the effort with this website. It is a simple but effective website that offers everything needed for voters. 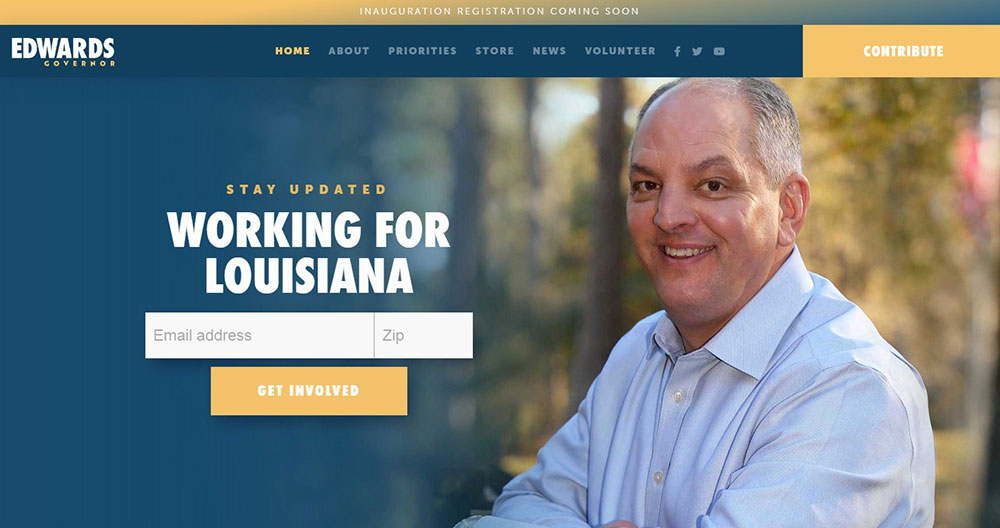 John Bel Edwards is running for Louisiana in another election and his campaign has produced a very impressive website. A very sleek website with gold and blue colors, asking voters to vote for him with a simple slogan – Working for Louisiana.

The site is very clean. It portrays John as an ordinary man, which is a way of him trying to endear to potential voters. It also allows users to get involved with a box where they can enter their e-mail address to get involved in the campaign. 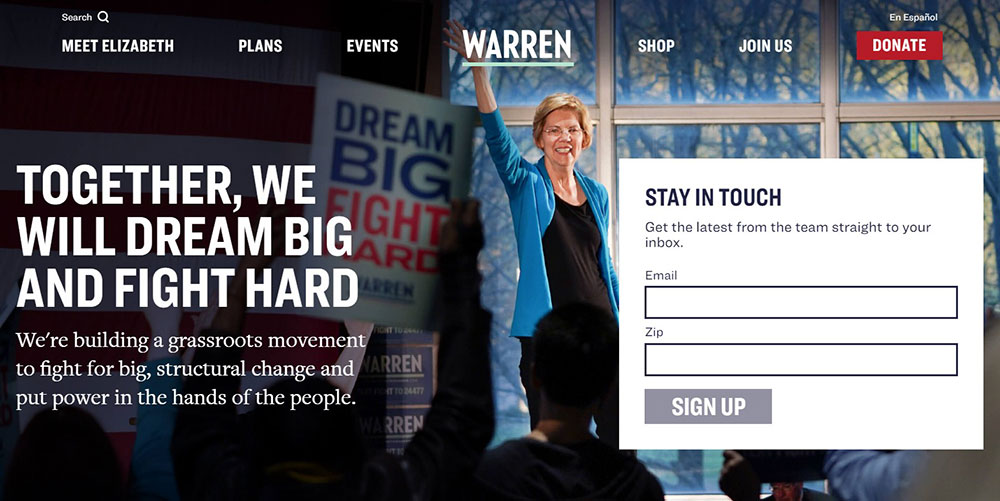 Elizabeth Warren’s site has garnered a lot of attention from potential voters. It boasts more than 1.3 unique visitors, a number that even the largest campaign websites would be proud of. The site is on the point – it presents everything that Elizabeth stands for and does that effectively.

The only downside of the page is the speed score – it is not the fastest website but has still been a huge success for Elizabeth. The website invites users to add donations and start contributing to the campaign.

Here is a very simple website that aimed to present Ed Gillespie as an ordinary man. He ran as a conservative candidate for the governor of Virginia. The campaign website does everything that is needed to include voters and interact with them. It also offers a call-to-action button inviting visitors to start contributing to his campaign by signing up with their e-mail and make donations.

The website tries to present the candidate as a family man, and as a successful businessman, all while presenting his political achievements. The website has become an inspiration for many campaign websites, as it is very effective but also simple at the same time. It was also one of the first websites that included the integration of campaign updates. Since then, many political websites followed suit. 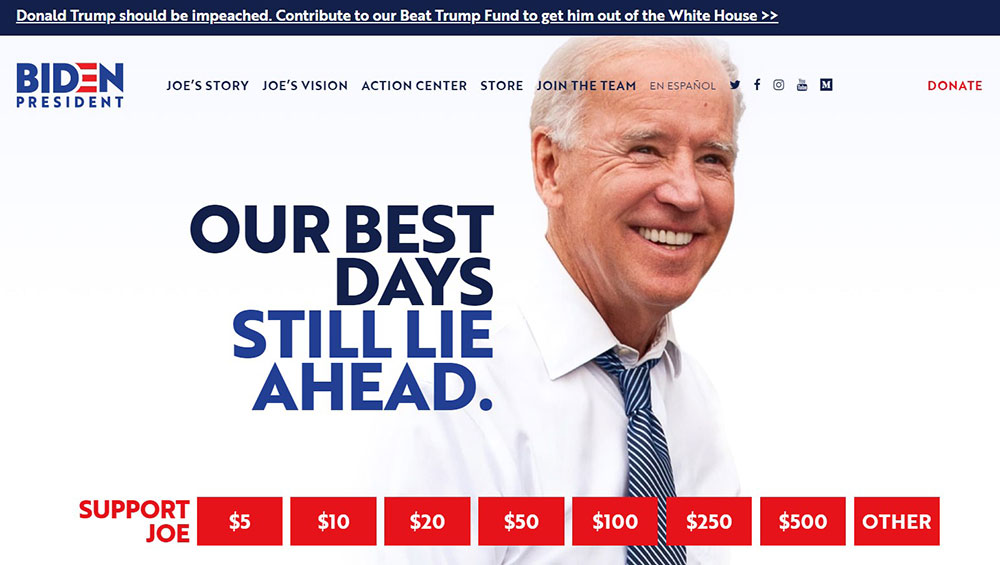 Not only is this website is unique in its look, but it has all ingredients of a great campaign website – a call-to-action button, option for donations, a representation of the candidate, and an abundance of pictures. The site presents Joe Biden’s life with photos and videos and successfully interacts with visitors in many ways. It asks for donations, offers the possibility to sign up, and even offers merchandise for purchase.

A great feature of the design is the logo, which smartly combines elements of his campaign into the logo and combines the colors of the American flag.

Pete Buttigieg is running for the American presidential election in 2020. The political website is a very sleek, clean site. On one page, it collects everything you need to know about the candidate and also manages to interact with users in many ways. It also offers them the chance to donate and contribute to the cause. The whole design uses animations that make the movement on the page natural and smooth. 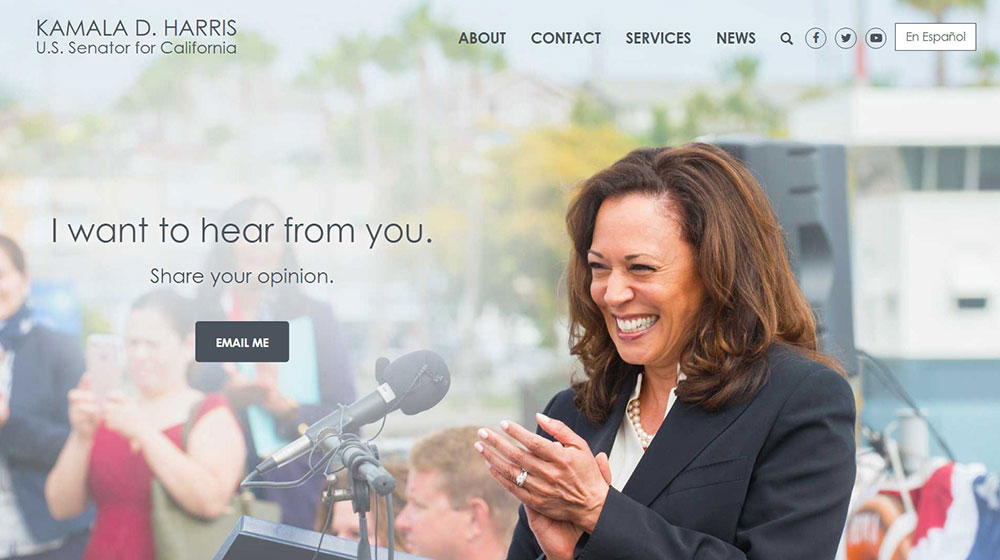 This campaign site is one of those campaign websites that look simple, but we are sure that the team spent a lot of time behind this website. Kamala Harris is running for California Senator, and this website gives a good presentation of her.

The site features a single building block where all the information is concentrated; it also offers several CTAs that are implemented for quick use and very smartly. The site also implements social media updates from Kamala, such as Facebook and Twitter.

David Straz ran for mayor of Tampa but was unsuccessful by a large margin. David Straz is a millionaire who funded his campaign on his own, which required a substantial financial investment. However, this investment produced one of the best campaign websites out there.

The site tries to portray Straz as someone who came from a poor background and made all of his wealth on his own. With this strategy, he tries to turn his biggest liability (his wealth) into his advantage. The campaign website uses light colors to present the candidate as a kind and approachable person.

It is one of the best campaign websites as it features a very traditional design, but also presents the candidate as a very simple, relatable man. 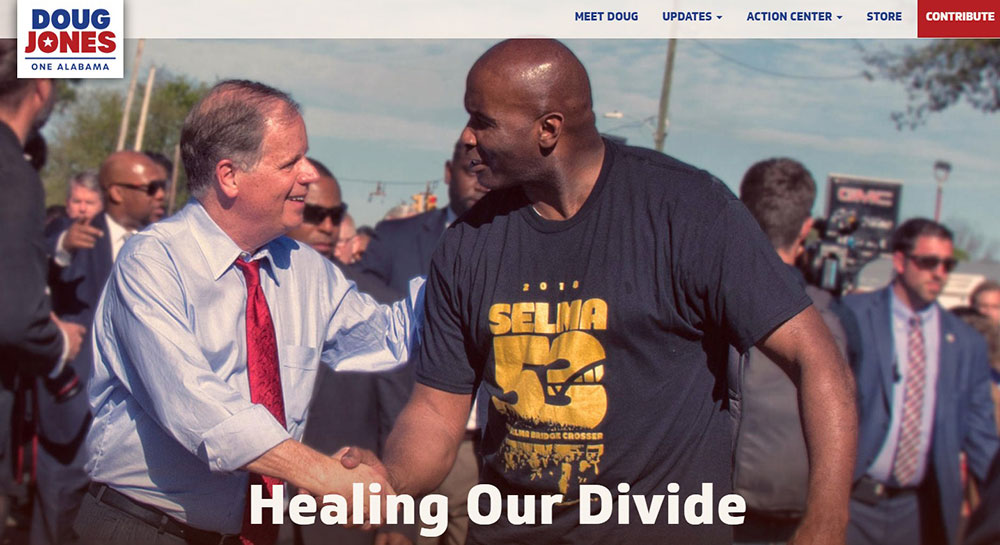 Doug Jones’s campaign website. aimed towards engaging the users to contribute to the campaign. Straight away, it displays political colors such as red and blue, and asks users for donations. On the main site, we can see a portfolio of pictures of Doug interact with his voters.

If we scroll down the page, we can see him portrayed as someone who likes to listen to people; also, we can see his Twitter feed at the bottom. It gets to the point. It presents Doug as the most dignified candidate in the running. 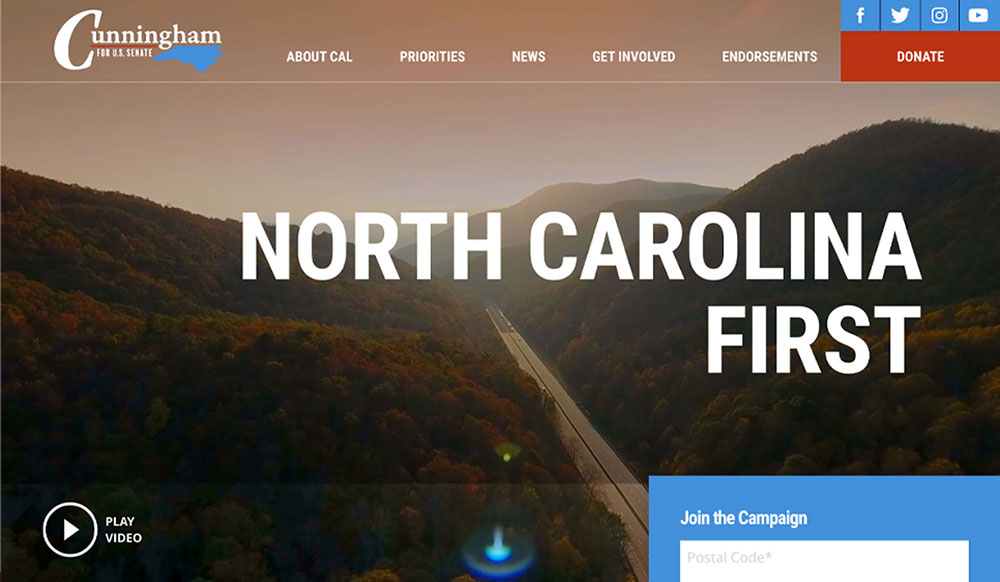 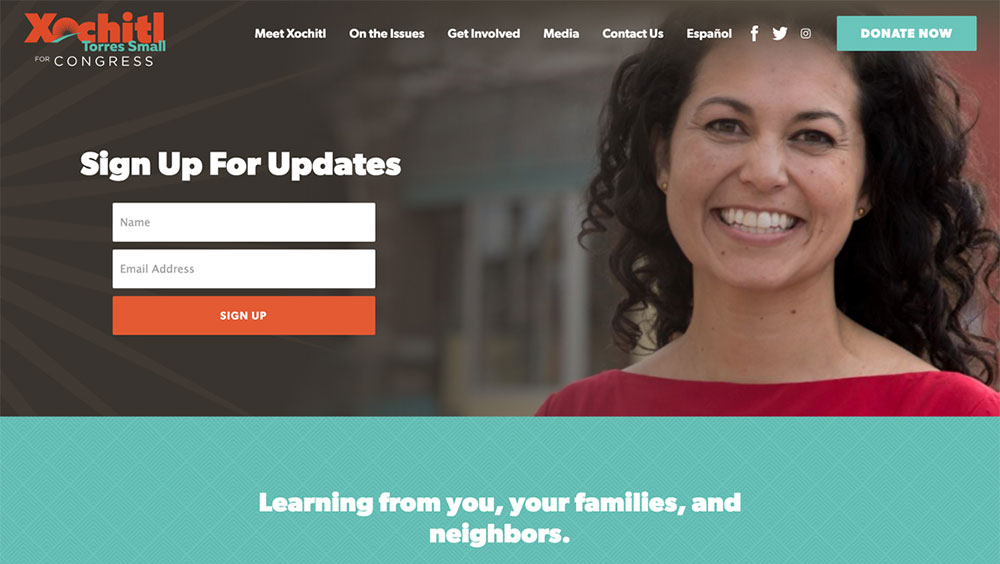 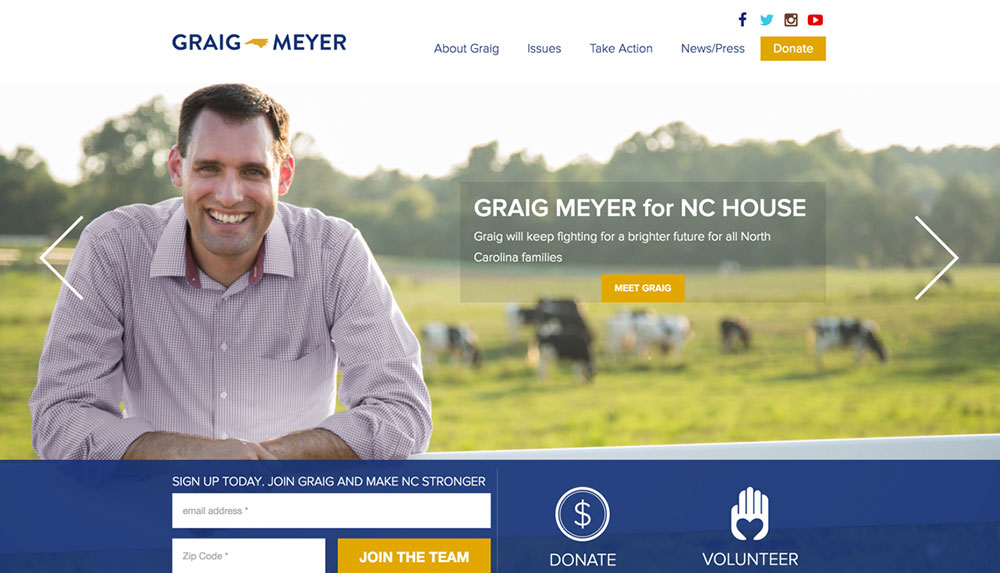 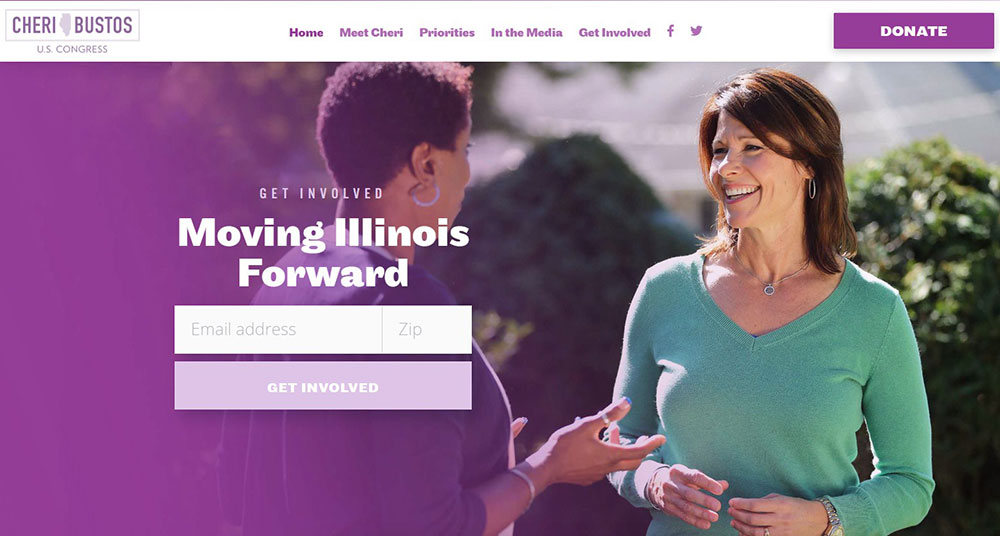 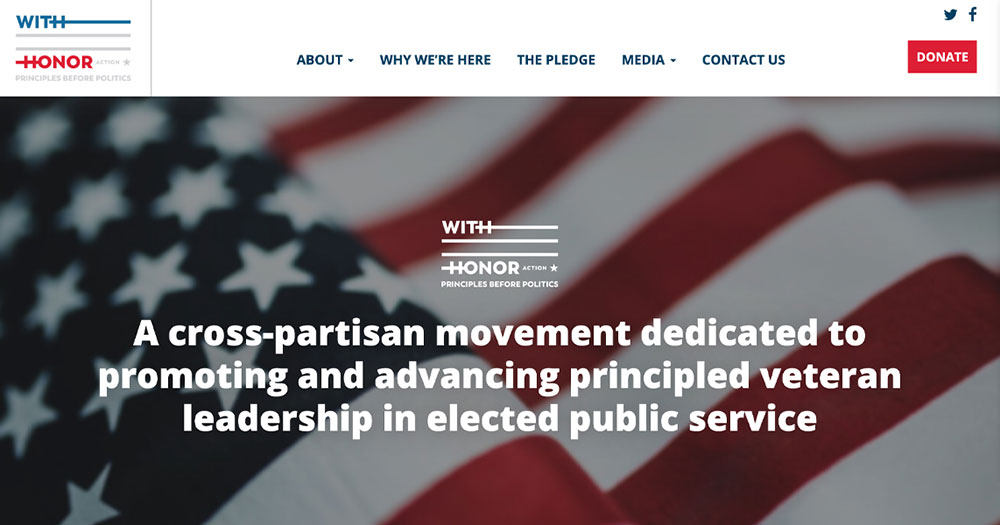 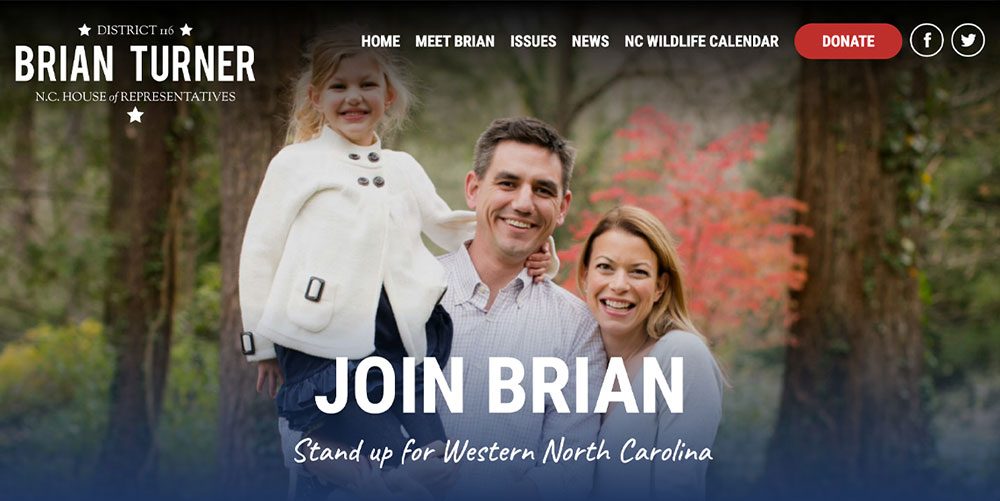 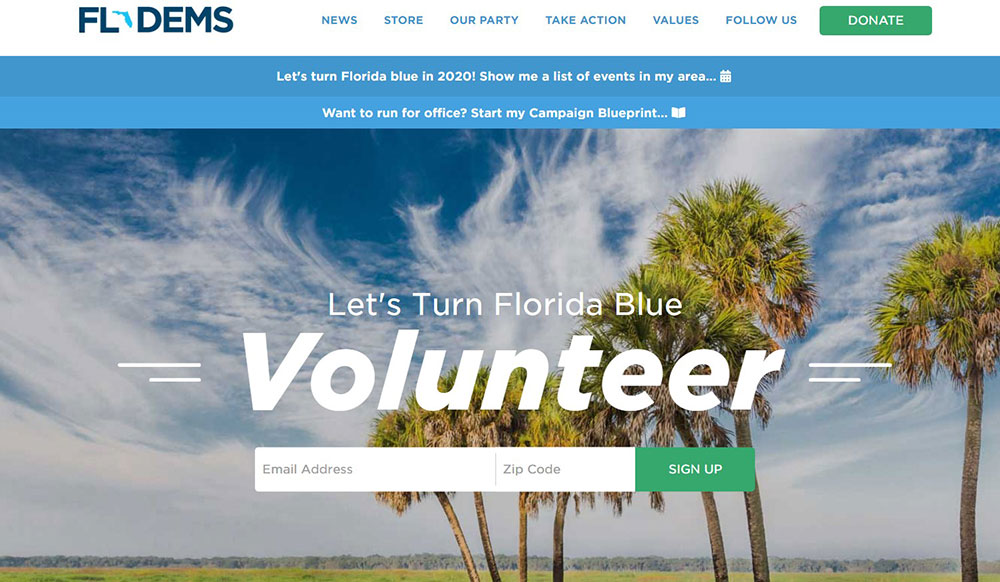 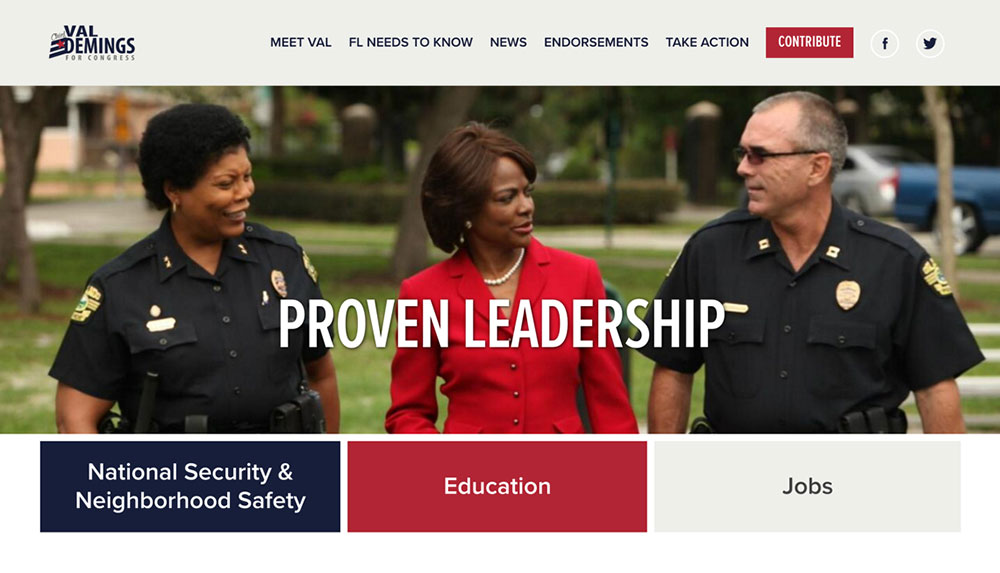 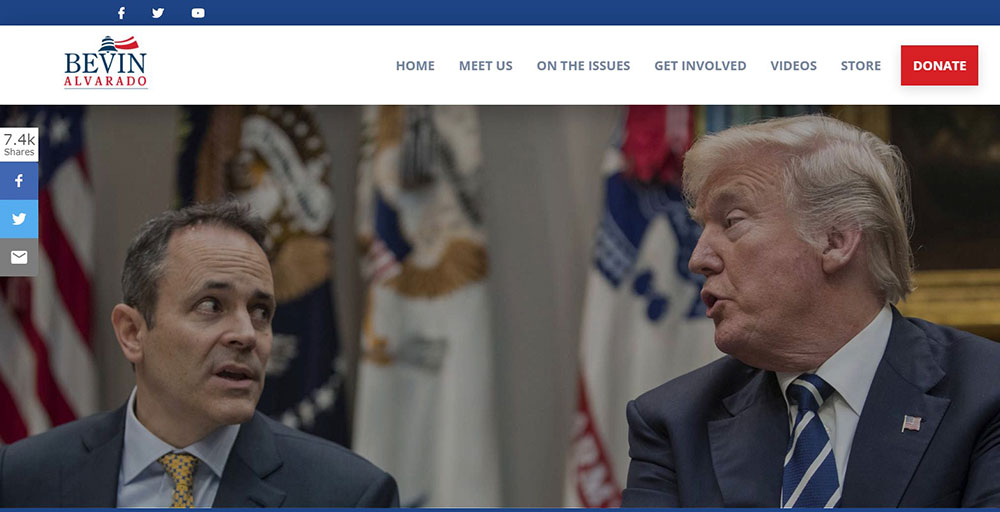 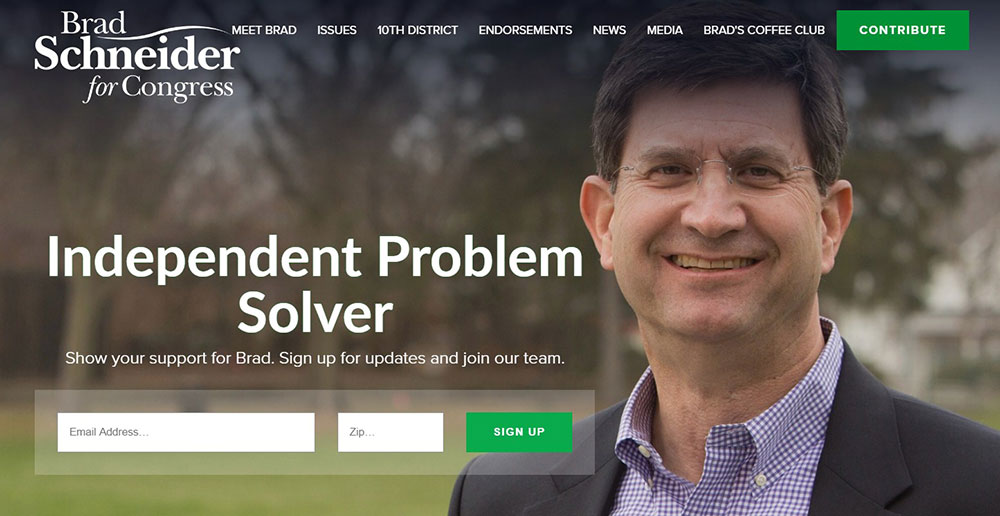 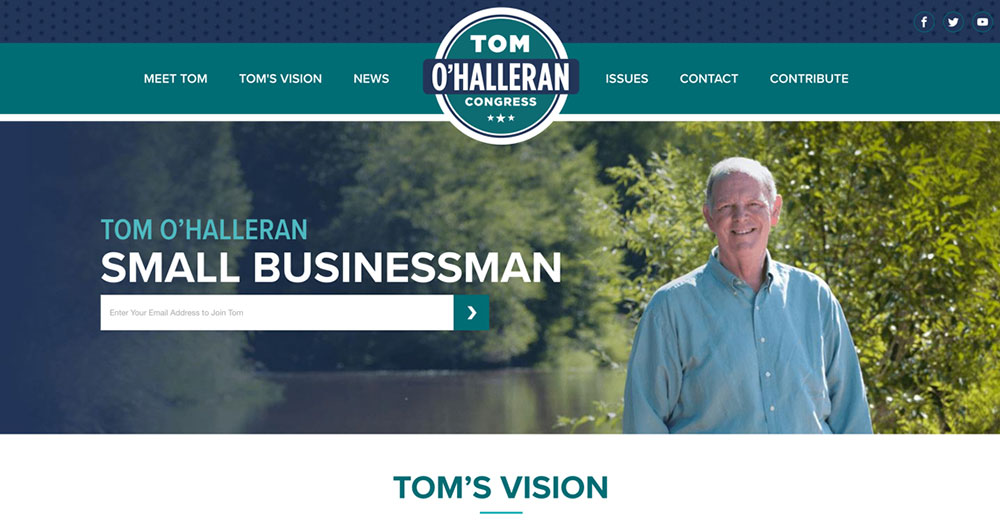 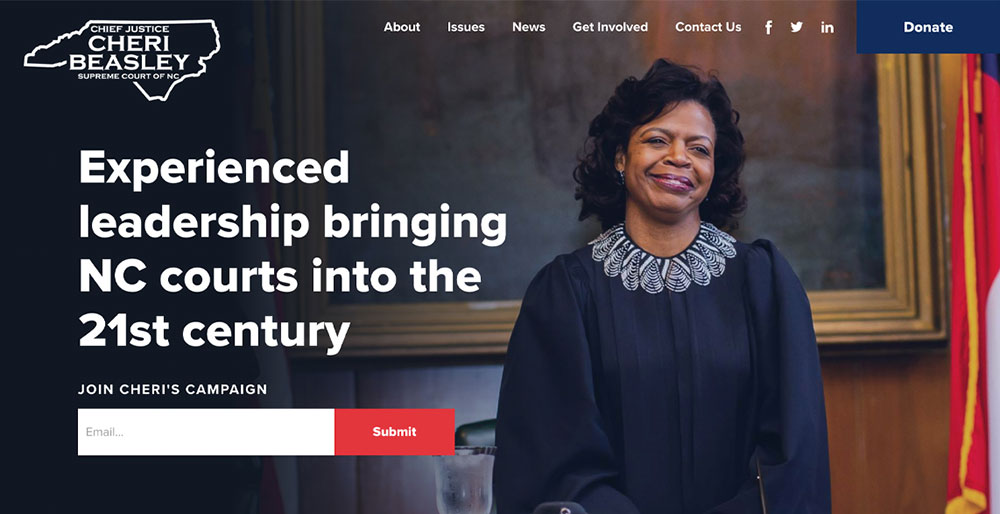 If you enjoyed reading this article on the best political campaign websites, you should check out this one about best startup websites.

The Best Conference Websites to Inspire You

The Best Looking Ice Cream Websites to Check Out